When fitmode is set to “fixed” (default), the plugin behaves as before, maintaining backward compatibility.

When fitmode is set to “responsive”, drawing of elements is totally different and improved as follows:

To demonstrate, here is a very simple implementation of the plugin, using the following shortcode:

which generates the following upload form on a page:

Here is another example of how the plugin will look in iPhone 6 screen portrait mode: 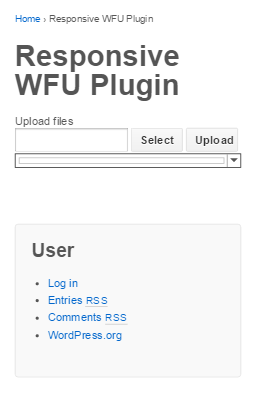 In the above example, the plugin’s elements had a percentage width in relation to the total plugin width. Suppose that Select and Upload buttons have a fixed width of 120px as in the shortcode:

which generates the following upload form on the screen of a desktop computer:

The same shortcode in an iPhone 6 portrait mode looks like this: 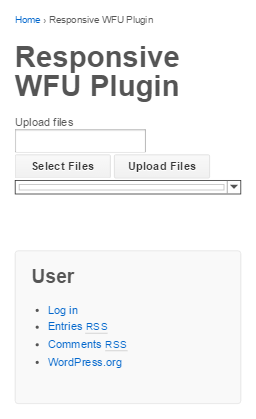 while in an iPhone 4 which has a smaller screen looks like this: 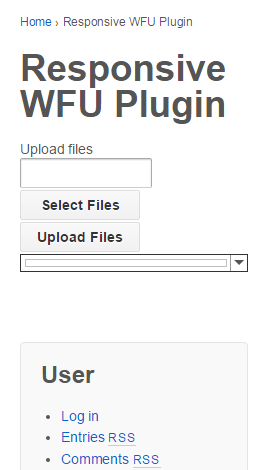 Notice that in mobile screens the Select and Upload buttons wrap because they do not fit in the same line, as should a fully responsive plugin do.

Responsiveness is ideal when adding the plugin in a sidebar as a widget, where it needs to have a small width.

For any questions, problems or more information just contact us.