The plugin uses the very well know Google Recaptcha. It supports both versions, the old and the new one, as shown below:

To displaythe captcha just edit the shortcode using the Shortcode Composer, enable the Include Captchaoption and select a captcha from the list: 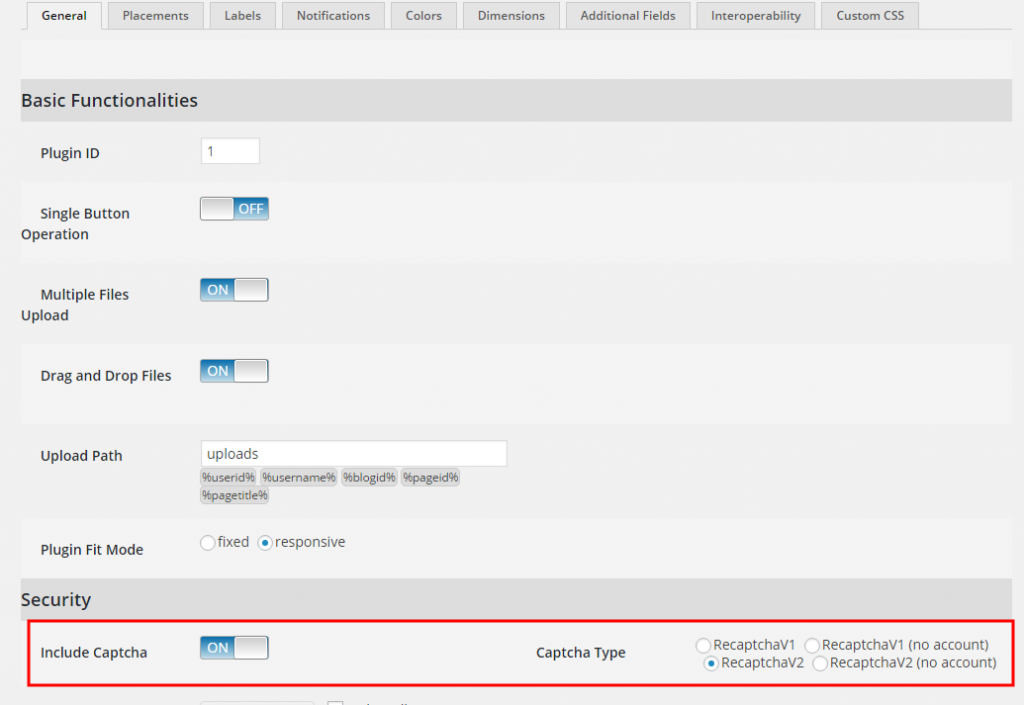 There are 4 options for captcha type:

If you select RecaptchaV1 or RecaptchaV2, you also need to define Google Recaptcha keys using your Google account. You need to go to Google’s Recaptcha website, get the keys and add them to the plugin’s settings, as shown below: 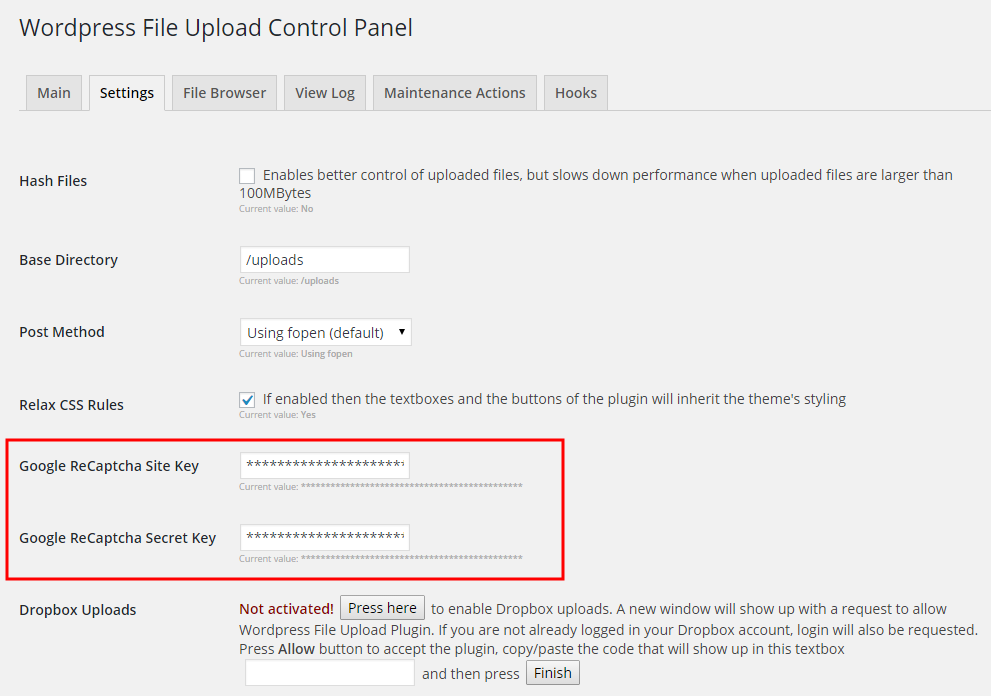 TheRecaptchaV1 (no account)and RecaptchaV2 (no account)are special options that use Iptanus secure servers to generate the captcha and they do not require keys. They are useful when you do not have a Google account or when you want to display more than one instances of the captcha on the same page, which is otherwise impossible for Google Recaptcha V1.